Join Us for the ND Tech Forum this Thursday, April 4 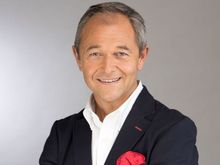 Jan Mühlfeit (https://janmuhlfeit.com/about) joined Microsoft in 1993. After only one year at the company, he received the President’s Award for Excellence in 1994. Jan was named Regional Director of Microsoft Central and Eastern Europe (CEE) in 2000 and promoted to Vice President in 2002. Under his leadership, CEE became the company’s best performing region worldwide for four consecutive years. In 2004, he also became a co-architect of Microsoft’s global emerging markets strategy and a member of the Microsoft executive board for emerging markets.

Following these achievements, Jan Mühlfeit assumed the role of Vice President of Microsoft’s Public Sector team in Europe, Middle East and Africa (EMEA) in 2005. He was named Vice President, EMEA Corporate  Government Strategy in 2006 and was subsequently promoted to Chairman Europe, Microsoft Corporation in 2007. Here he played a crucial role in normalizing Microsoft’s relationship with EU institutions. Jan left Microsoft at the end of 2014.

Jan Mühlfeit is a global strategist, executive coach and author of bestselling business book The Positive Leader (Pearson, Oct 2016, Jan Mühlfeit & Melina Costi). His personal mission is “helping individuals, organizations and countries around the world to unlock their human potential.” 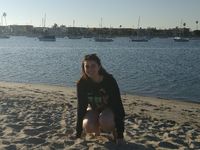 Ana Luisa Lamberto '20
Picture taken during a spring break trip to San Diego with SVS classmates.
Major: Computer Science
Minor: Media Computing Concentration
Hometown: Collingswood, NJ
SVS Internship: AT&T in Palo Alto
Favorite Class This Semester: Tech Ethics
Favorite Thing About Time in the Bay Area: Everywhere you go and everyone you meet is a techie, just like me. I've been able to find other women interested in tech, something that wouldn't have been as easy to do in South Bend. 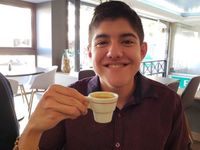